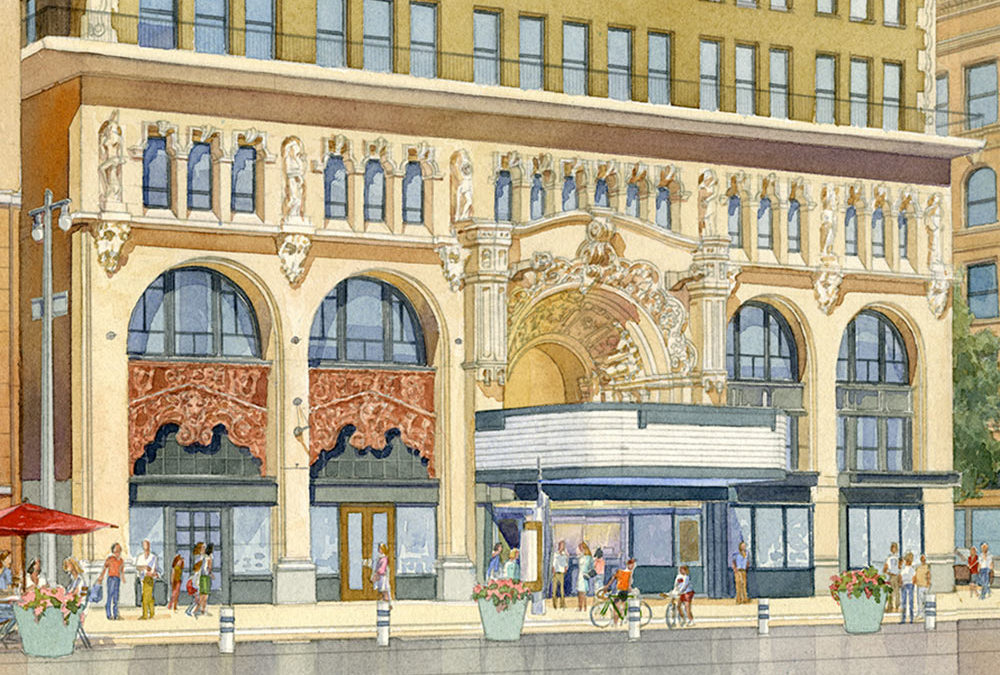 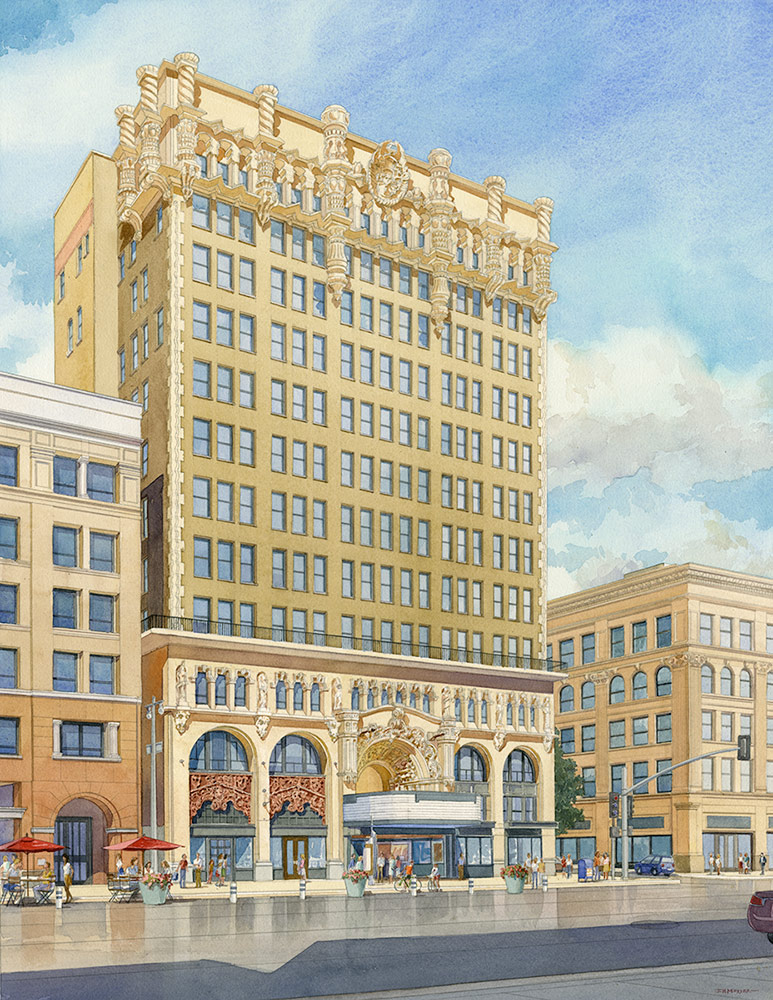 My thanks to the American Society of Architectural Illustrators, and 2016 president Carlos Cristerna.

Inspired by the Los Angeles landmark I decided to create a watercolor rendering using the methods of the great perspectivists of the last century. Architectural artists such as Cyril Farey and Jules Guerin.

The Million Dollar Theater is a Los Angeles landmark. Built in 1918 by Sid Grauman, it was the first of his great movie houses, which also include Grauman’s Egyptian Theater and Grauman’s Chinese Theater on Hollywood Boulevard. The twelve story tower was designed by Albert C. Martin sr.  The auditorium was designed by William L. Woollett, and sculptor Joseph Mora created the Spanish Colonial Revival exterior with it’s amazingly eccentric details, statues, buffalo visages, and longhorn skulls.

My belief is that the properly executed perspective has power and dignity and can impress audiences with it’s ability to inspire confidence and enthusiasm. I was trained in rendering during my tenure at Carlos Diniz Associates (1984- 1992) working directly with Carlos Diniz and his staff that included Jay Vance, Ian Espinoza, Michael Abbott, John Wong, Vince Toyama, and Sam Koay to name just a few.

The image will be published in the 31st annual Architecture in Perspective catalog and seen at the conference this October. Please see www.asai.org for details.